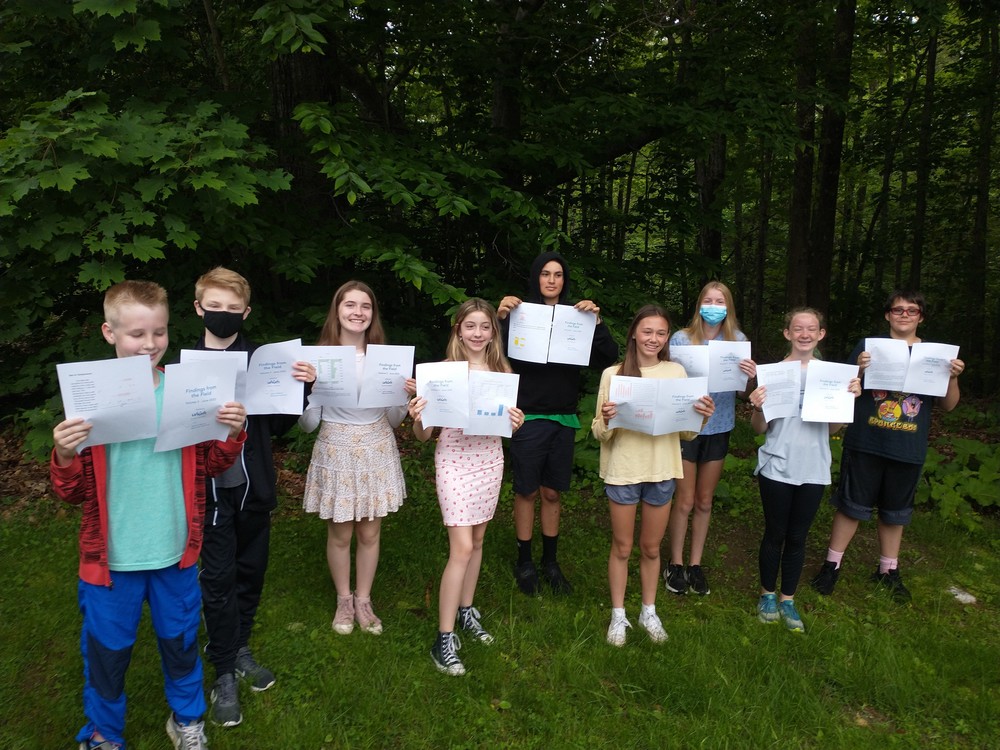 Young scientists at Bath Middle School (BMS) got recognition for their work this week when they were published in Finding from the Field, a peer-reviewed academic journal produced by the Gulf of Maine Research Institute in collaboration with a community of student scientists and teachers from across Maine and New Hampshire. The nine students’ work were among 16 research articles chosen from 195 total submissions to the journal that included the work of 575 students from 11 different schools. Submissions were reviewed by middle-school-aged peers and then by a team of adult reviewers.

“Middle school is the youngest age for having work published in a peer-reviewed journal,” explains 7th Grade BMS Science Teacher Monica Wright. This is journal is one of the few in the country that do it.”

The students did their research during a class field trip to Reid State Park and Fort Popham in October of 2021. The students were assisted by members of the community that included the Kennebec Estuary Land Trust (KELT). About 110 BMS students went to the field at different times during that week to work at various locations. The data they collected was shared for everyone to use.

The articles students wrote, were sent to other middle-school students to be read and rated against a rubric that asked them to consider things like whether the work was relevant to the research question. Articles that scored well then went on to be reviewed by a group of adults, mostly teachers, who don’t know the students personally.

“The best part about this is that it has been dormant since December,” says Wright. We sent the articles off and didn’t know what would happen. We just heard on Wednesday that they were published.”

The process included an opportunity to revise the articles at points, which Wright says, allowed her to see the level of dedication the students had to getting it right. “Their ability to go back to work from December really demonstrated how having something to work on that has value to someone else can create long-lasting learning,” she says.

There were also students who worked on articles that did not get published. However, Wright says that does not mean that there were not others who also deserved recognition. “They each did it on their own. I am very proud of them all.”