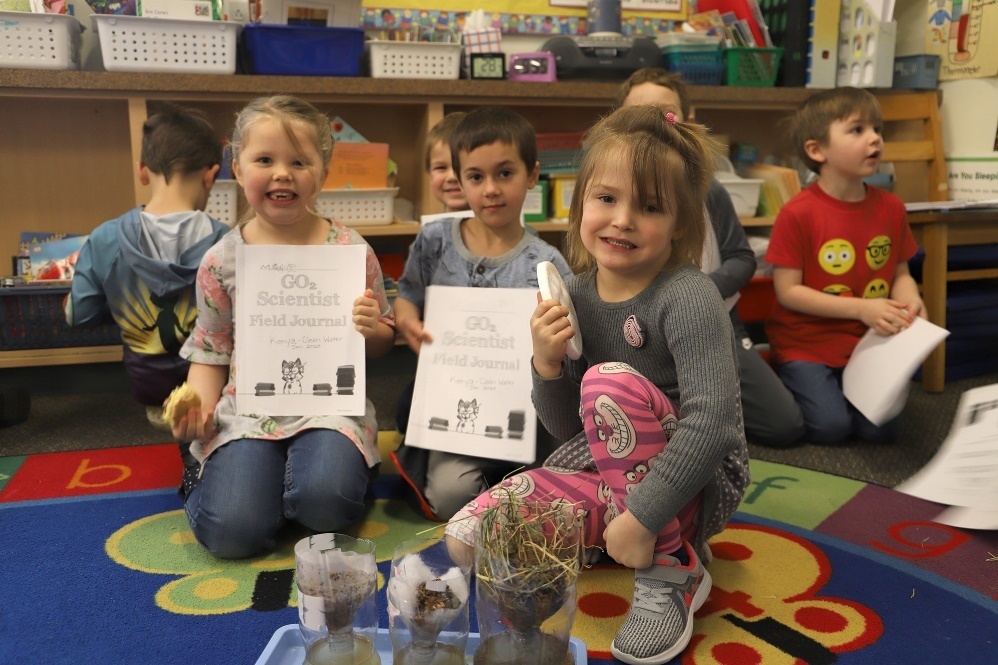 How can schools take advantage of the ever-expanding digital world? With iPhones and other devices popping up in the hands of more students, it can be tempting to see screens as a distraction from learning, but Woolwich Central School (WCS) has found a way to make the Internet a tool for engagement.

In Kimberly Plummer’s kindergarten classroom, students sit in a circle and watch closely as their teacher produces a pitcher filled with dirty water, a handful of straw, a coffee filter, and a square of padding. They are about to learn about water filtration and take some guesses about which filter material will produce the cleanest water. It’s a steppingstone to that day’s online Go2Science class, where they will help scientists in Kenya select a site to dig a community well.

Go2Science is a web-based community of teachers dedicated to engaging PreK-2 students by involving them in real science missions from across the globe. Their real-time classes give students the chance to provide feedback and answer questions that will make a difference in how the mission is carried out.

Plummer first learned about Go2Science alongside WCS’s other kindergarten teacher, Sarah Sample, at an Association of Computer Technology Educators of Maine conference. They attended a session led by the organization’s co-founder, Beth Heidemann (a graduate of College of the Atlantic in Bar Harbor) and were hooked.

“The structure of Go2Science is such that a teacher can do a little or a lot,” said Sample. “[Beth] has aligned all of our missions to the Common Core State Standards. You could literally cover every piece of the curriculum with just this one program.”

Thanks to a grant from the Perloff Family Foundation, Go2Science was a “go” for WCS.

The current mission, “Water in Kenya,” takes students to a rural, highly impoverished area of Africa where the schoolchildren of the local academy do not have access to a reliable, safe source of drinking water. Mrs. Plummer’s class and classrooms from around the world are watching as Go2Science investigates the hydrology of the area to find groundwater, drills a well, and installs an electric pump that the school and community can use. Not only are they able to learn about a part of the world that’s very different from their own, but they are also able to see how science and technology can be used to achieve a greater good.

Before the mission even began, last year’s WCS kindergarten classes stepped up to support the project; they collected $244 to help fund the drilling of the well and installation of the electric pump; funds which this year’s classes can see in action.

Sample said the whole process has been eye-opening for her students, who now understand the importance of water and how it can be taken for granted. “None of [my] students knew where their own water comes from and were floored when I told them - right down over the hill in Nequasset!”

Go2Science carries out three missions a year. In the fall, students learned about tigers in Thailand. They kept journals about the project, and even printed out 3D tiger paws using the school’s new 3D printer, another generous gift from the Perloff Family Foundation. As Water in Kenya comes to a close, students will start on a new mission, Biodiversity, where Go2Science will take them to the island of Borneo to test a hypothesis about forests.

“I think the value of Go2Science goes on forever,” said Sample. “The understanding of our larger world and that what we can do as such a small part of the world can make such a huge ripple effect.”