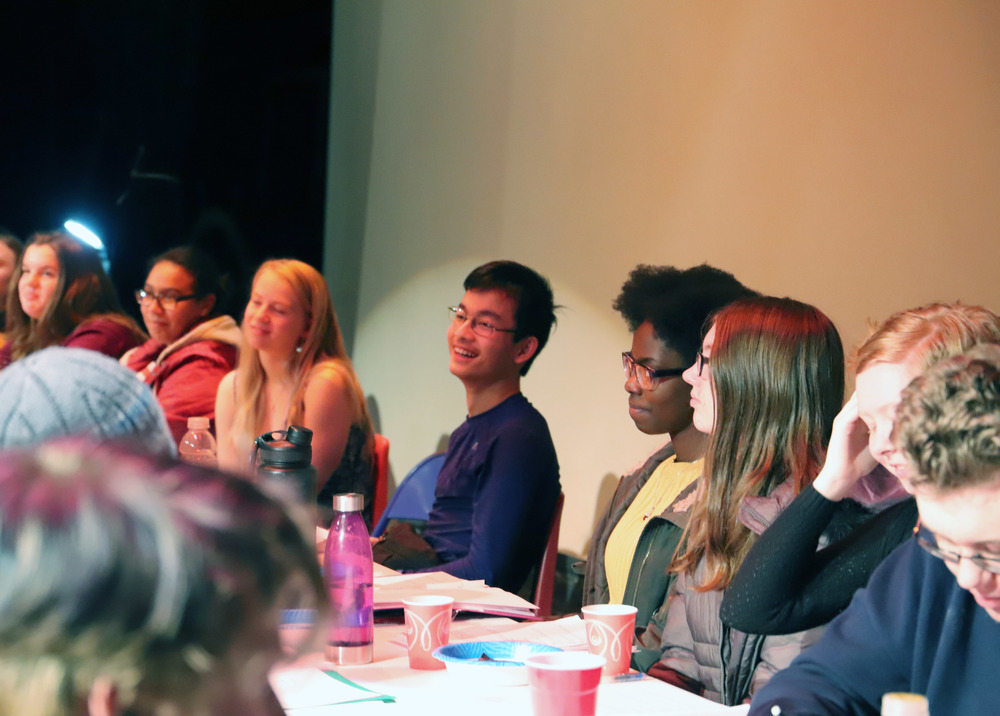 Bath, ME (March 3, 2020) – Regional competitions for the Maine Drama Festival will take place this weekend, March 6 and 7, at nine different high schools across the state. Although the plays do not have to be original, Morse High School prides itself in producing student work; it is the only Class A school in the state to bring only student-written plays every year since 2002. This year Morse will be presenting senior John Russell’s play, “My BSF.”

English and theater teacher Kevin O’Leary first met Russell in the fall of 2017, between classes. Right away, he was intrigued.

“When I first saw him, he had this really fancy wheelchair and was going fast down the hall,” O’Leary described. “He whipped around the corner and I stopped him. I asked him if he had any theatrical leanings. Would he consider taking my class?”

Russell wasn’t interested and continued down the hall, but O’Leary was not deterred.

Every day for 179 school days, O’Leary stopped Russell and asked the same question. When he found out that Russell had signed up for his Drama 1 class in the fall, he was thrilled.

In January of 2019, Russell’s junior year, O’Leary wrote him a part in a one act play. He didn’t have any lines, but he was on the stage and involved in the performance.

Russell approached him after the play was finished and asked if, next year, he could have a line.

Russell went on to excel in O’Leary’s playwrighting class where he wrote the first draft of what would eventually become “My BSF.” It began as a monologue recalling his own past: how he was born in China; how his cerebral palsy was frowned upon by his community; how, at the age of three, his biological father sat him down on the curb and told him he was going to get milk, and never returned.

“I had no idea Mr. O’Leary would choose my play,” said Russell. “I was pretty nervous about it. I decided to do it because I don’t want to miss the opportunity.”

Russell, who has only been in the U.S. for four years, said he sometimes struggled to get his ideas out in English, and worked hard to put the play together. He told “My BSF’s” cast at one of their first script readings, “Thank you for giving me a chance to tell my story.”

“My BSF” will be presented by a cast and crew of 50 Morse students at Camden Hills Regional High School regional competition at 8:00 p.m. on Friday, March 6.

The Maine Drama Festival is sponsored by the Maine Principals’ Association and the Maine Drama Council. You can find out more by visiting their Facebook page: https://www.facebook.com/medramafest/?tn-str=k*F 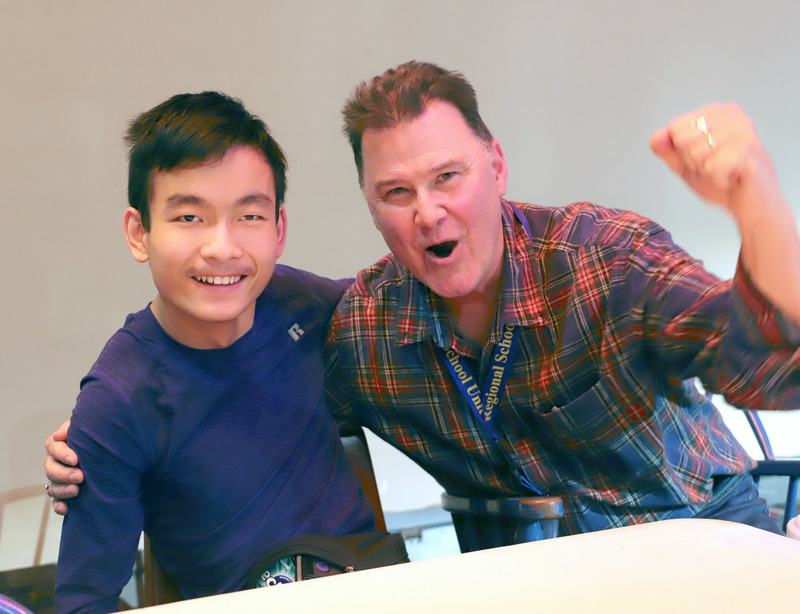