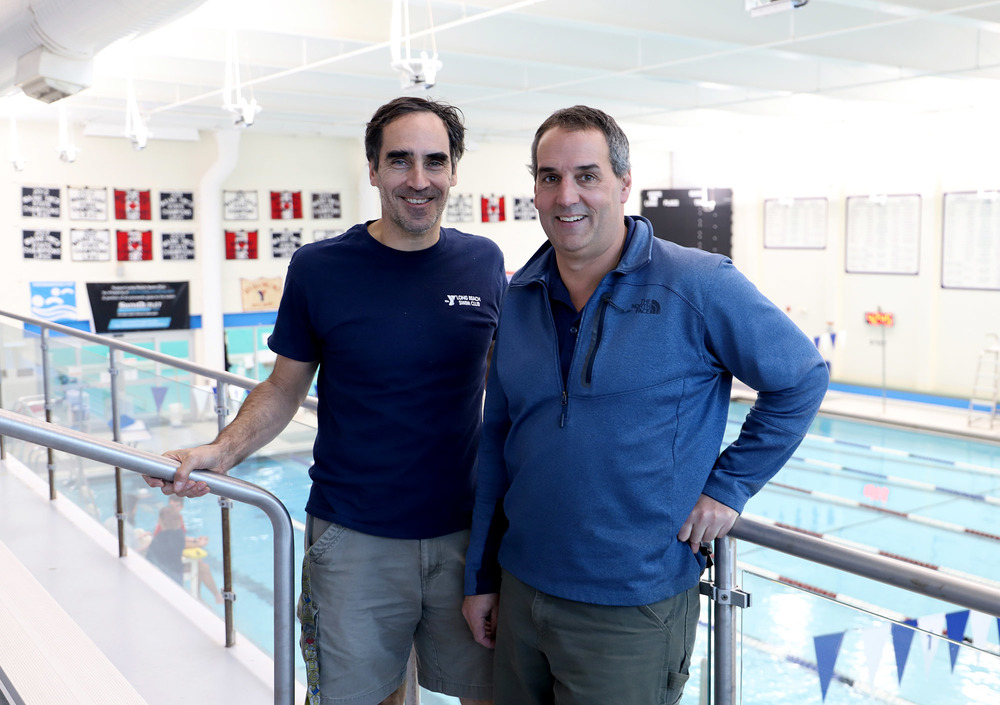 Bath, ME (February 11, 2020) – Community partnerships in close-knit cities like Bath provide opportunities for residents that would not otherwise exist. Take the relationship between Morse High School and the Bath Area Family YMCA, for example, and their tag team coaching of young swim athletes like Olivia Harper and James Wells.

Harper and Wells have risen into the spotlight as 2020 Olympic hopefuls, having recently competed at the U.S. Open Swimming Championships. Harper, a senior at Morse High School, and Wells, a 2010 Morse graduate who came back to Bath after college, have had the benefit of swimming for two teams at once: the Morse Swim Team (coached by Todd Marco), and Long Reach Swim Club (coached by Jay Morissette) at the Bath YMCA’s Edwin Gamble Aquatic Center.

“I love racing for both LRSC and Morse High School,” said Harper. “I practice for both teams every day.”

Jay Morissette began coaching for the Y in 1985. Thanks to his efforts, LRSC has become one of the highest ranked teams in the state and has produced 31 state championship teams. The Bath Y has won 37 state team titles all time.  USA Swimming, the National Governing Body for the sport of swimming in the United States, awarded LRSC the highest level of achievement in their Club Recognition Program.

Despite prestige, LRSC does not monopolize the Edwin Gamble Aquatic Center – they share it with Morse. Practices and meets are coordinated between Morissette and Marco so that students who want to swim for both teams can do so.

“We’ve known each other for 35 years,” said Morissette. “I coached Todd when he was younger, and then he became my assistant coach for a year before becoming coach at Morse.”

Morissette and Marco pride themselves in working well together. They even design their daily workouts to complement so kids who swim for both teams get a balanced exercise routine.

“We have this swim center here as a direct result of the successes of the LRSC and Morse swim teams,” said Morrissette, who explained that the pool, originally designed with six lanes, was constructed with eight to accommodate the growing popularity of the programs.

Harper shared that all her coaches have played a role in her success. “It has been a blessing to have the opportunity to be coached by Todd, Jay, and Sponge (LRSC assistant coach Brian Savage). Their different coaching styles allow me to have different training opportunities that complement each other and help our team grow together and improve each year.”

Marco and Bath Y assistant Coach Brian “Sponge” Savage are working together to start a new swim program at Bath Middle School and Woolwich Central School to spark younger students’ interest in swimming. They hope to begin the program this spring.

If you would like to follow Harper and Wells at the 2020 Olympic trials, they will be competing in Omaha, Nebraska, June 21 - 28. Learn more at https://www.usaswimming.org/Ho....