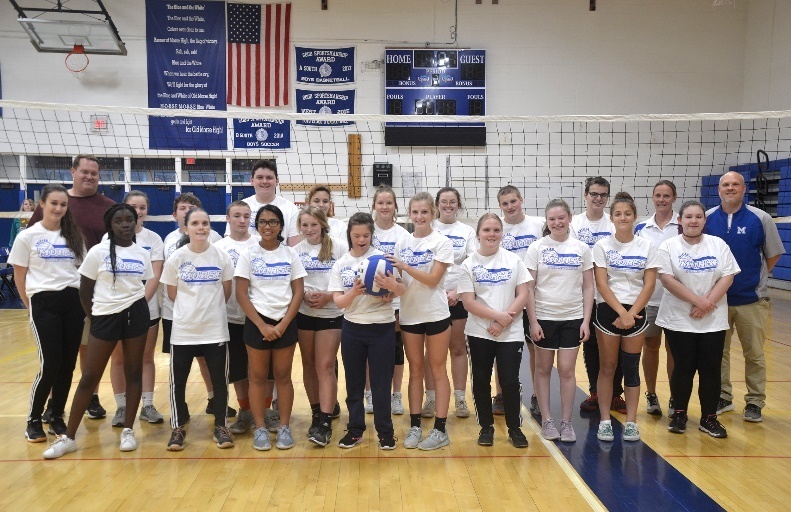 Morse High School has met the three criteria for full implementation in the Special Olympics Unified Champion Schools, a program which promotes meaningful social inclusion by bringing together students with and without intellectual disabilities to create accepting school environments.

Maine currently has 106 pre-K through university schools which are recognized as Unified Champion Schools, and about half of those schools are full implemented like Morse, according to Special Olympics Maine Director of Unified Schools, Training & Camp Tall Pines Ian Frank.

“Full implementation” means that a school utilizes all three interconnected components of the program: Unified Sports (sports or fitness programs that combine an approximately equal number of students with and without intellectual disabilities), Inclusive Youth Leadership (students with and without intellectual disabilities working together to lead and plan advocacy, awareness, and other inclusive activities throughout the year), and Whole School Engagement (awareness and educational activities that promote inclusion and which reach the majority of the school population.)

Charles Bingham, Physical Education teacher at Morse and Sagadahoc County’s 2019 Teacher of the Year, has played a crucial role in bringing the Unified Champion School program to Morse. He has been working closely with Athletic Director/Dean of Students Nathan Priest and coach Rebecca Roak to create an environment of inclusivity on campus.

“This is our third year with unified phys ed and unified basketball. [Rebecca Roak] is also starting a unified volleyball team this year,” Bingham said. “But it’s not really about the activity itself; it’s about the relationships [the students] build.”

Bingham, who is also the school’s unified basketball coach, said that the best part of the games they play is actually the bus ride to and from the event. “I’ve watched our [special education] girls hang out with the other girls on the bus and laugh talk in a way they would never get to do normally. We sing ‘The Wheels on the Bus’ together. It’s the best thing I’ve ever seen in my career as an educator.”

But Bingham can’t make the program successful without buy-in from the student population. He credits two recent Morse graduates with championing the program: Mae Winglass and Jackson Walker, who participated in the school’s very first unified phys ed class.

“You still get kids who are worried about the perception of hanging out with our special education kids, but these two did not,” he said, describing how Mae and Jackson would go out of their way to eat lunch with their teammates. A photo of Jackson at graduation walking next to one of his friends from unified sports was included in Bingham’s presentation at the State of Maine Association for Health, Physical Education, Recreation and Dance conference earlier this month.

“This program forces kids to be outside of their comfort zone,” he said. “It has changed the culture of our school.”